The Double Consciousness of Paul Gilroy        25 Years Later: www.africasacountry.com
New Black Nationalists  Statement of Support for the "Not Fucking Around Coalition "

Trump's Fall: It's Time to Step Up Our Struggle                 NewBlackNationalism.com
Black Militias and Black Women with Guns

Crisis Theory: The Collapse of American Empire: The Argument for a Fanon Global Movement - Paper No. 2

The Flatness of Blackness: Afro Pessimism and
the Erasure  of Anti-Colonial Thought 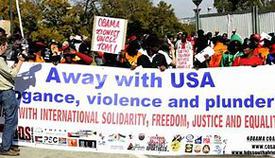 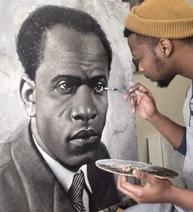 Trump’s Strategy for Returning to            Power Is Already Clear

What has Become of the Not Fucking Around Coalition
and Grand Master Jay?

120 retired generals and admirals sign letter questioning 2020 election
Cell Phone & Street Justice: The Derek Chauvin Convictions
​
Sasha Johnson: Recover to Power!
Black Revolutionary Shot in London
SOUTH AFRICA PROJ.
Killer Cop Chauvin's  Sentence of 22.5 Years for George Floyd's Execution is a Slap on the Wrist
"I have so many different people I spoke to, Africa, all around the world, and they all think the same way. Your skin color should not define who you are. It should never be a weapon."
​                                       Philonise Floyd 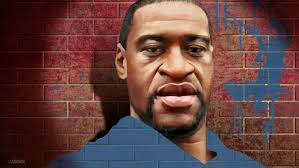 Today, New Black Nationalists wish to convey our heartfelt condolences and feelings of solidarity with the family of George Floyd. Their strength and honor in the face of endless attacks, horror and grief since George's death on May 25, 2020, has been an inspiration to millions of people around the world.
Today's sentencing of the killer cop Derek Chauvin to 22.5 years in prison, while preferable to  acquittals for police who routinely murder Black people, is still nothing more than a slap on the wrist.
For his conviction of one count of second degree murder, one count of third degree murder, and one count of second degree manslaughter, the judge was given the latitude to impose maximum penalties up to forty years.
Yet, even after the prosecution asked for a thirty- year sentence, the judge cut Chauvin's time nearly in half.  Whereas in the entire nine minutes, and twenty-nine seconds that Chauvin kneeled on George Floyd's neck, it never occurred to him that Floyd was a human being, not deserving of death for any reason. The judge, however did value George Floyd as half-human, he just couldn't bring himself to punch Chauvin's ticket for the full boat. And this, we are told is progress: bitter progress because at least the killer cop is going to prison. But that misses the point entirely.
What made George Floyd's death so poignant, so heart wrenching, so real to millions of people around the world, was its dual character. Floyd's death was a public execution, carried out in full view of a live audience, and filmed in its entirety with the full knowledge of the executioner.
The point of public executions isn't the killing, it's the message sending; something Chauvin seemed to be completely aware of as he refused more than one request to administer aid to Floyd. And second, the whole world knew that the only reason George Floyd was executed was because he was Black.
As Philonise Floyd said, George's Black flesh was weaponized. It became the rationalization for this execution. For that, Chauvin deserved nothing less than life imprisonment or a death sentence.
Don't get us wrong.  New Black Nationalist believe the system was functioning exactly as it was supposed to, except for two dramatic interventions: a cell phone video and 20 million protesters who took control of the streets to render their own verdict, well before the trial. Such was the Lavender Revolution.
As we have said before, the verdict and the sentencing belongs to thousands of rock throwers, those who breached police lines, the warriors who erected barricades, and millions who withstood teargas, pepper spray, and police batons from Minneapolis to the indigenous aboriginal protests in Australia's outback.
It belongs to the Not Fucking Around Coalition Black militia, whose shocking appearance on the streets on July 4, after Armand Aubrey's execution by white vigilantes, altered the perception and dynamics of the Black fightback.
This victory goes to those who pulled down statues of slaveholders and colonial butchers from Bristol, U.K., to the favelas in Brazil. It belongs to the artists from the small villages in Kenya, to muralist in countless urban centers around the globe who emblazoned George Floyd's image on every surface imaginable.
Derek Chauvin was indicted and convicted in every city, town, and hamlet around the world with access to televisions, tablets, and mobile devices that streamed "the cell phone video." And most of all, Chauvin was convicted by the revolutionary energy of Black people who demonstrated time and again, they were prepared to go to the mattresses for "People's Justice."
June 25, 2021
The Stateless Maroons
of NewBlackNationalism.com
06.25    Cell Phone Justice and Black Lives Matter 2.0 -The Lavender Revolution