"The Supreme Court decision on voting in Pennsylvania is a VERY dangerous one. It will also induce violence in the streets." So said that punk-ass Trump, trying to intimidate Black people in Philly on election eve.
Meanwhile, businesses on Beverly Hills and Saks Fifth Avenue in New York City scurried to shudder their windows. Nieman Marcus announced it will close at 5:00 p.m. In Washington, D.C., Commercial Glass Door Repair's phone is ringing off the hook. “If you go downtown," said the company spokesperson, "everything is boarded up, regardless of whether it’s a luxury store or not."
Who are all these people scared of? Is it Black people if Trump manages to steal the election or White Nationalists thugs, who Trump is releasing from "Stand By" status on Tuesday to wreck havoc and fear in Black neighborhoods? The fact that these Election Day emergency preparations are even being discussed, means Trump's plan has succeeded in pushing parts of the country to the brink of chaos and fear. That was always his plan.
Win or lose the presidency, Trump's goal has been to become the savior and mythical demi-god of the White race. He's achieved that. Whites flock to his speeches to touch the hem of his garments, sharing a collective blood oath to defy COVID-19 by not wearing masks.
The Republican Party prostrates themselves before him, in fear of being dragged through the streets by the White Nationalist mobs in their home districts and states if they speak against the anointed Sun God of Whiteness. And his faithful legions of Three-Percenters, the Boogaloo Boys, the Oath Keepers, Patriot Prayer, the Light Foot Militia, Klan,  Angry Vikings and Neo-Nazis stand their post waiting for his beckoned call. Their role is intimidate liberal white people as well as blacks.
We have a message for Trump, and all the central casting of his reality show that might come to an end tomorrow. Don't get Hollywood confused with reality. If you bring that bullshit in the Black neighborhoods on Tuesday, in Detroit, Milwaukee, Philadelphia, Atlanta and Houston, you are going to get your feelings hurt.
Going up to the state capital in Michigan and threatening Gretchen Whitmer; surrounding a Biden bus with twenty cars on I-35 in Texas; showing up to intimidate early voters at a mostly white polling place in Fairfax County, Virginia is one thing.  Coming down to the hood in the cities strapped and talking shit, is quite another.
It's no coincidence that researchers and militia experts like Militia Watch and the The Armed Conflict Location & Event Data Project (ACLED) have designated, Michigan, Wisconsin, Pennsylvania, Oregon, and Georgia as the most likely places violence could occur. White Nationalists are itching to get revenge for their comrade who was shot and killed when they caravanned through Portland looking to make trouble with Antifa and found it.
Georgia, the first deep south state that could go Democrat, is also a flashpoint of tension after the Not Fucking Around Coalition, marched 10000 deep to the Klan's sacred Confederate ground at Stone Mountain on July 4. Michigan, Wisconsin and Pennsylvania are all battleground states Trump has to defend and win by any means necessary.
​Militia Watch and ACLED's designation of these states being "hot zones' of possible White Nationalist attacks and voter intimidate was based on five factors:
1) locations that have seen substantial engagement in anti-coronavirus lockdown protests as well as places where militias might have perceptions of ‘leftist coup’ activities.
2) Spaces where militias have been active in setting up recruitment drives or holding training for members are also at heightened risk
3) Spaces where militia members cultivate personal relationships with police or law enforcement or where there might be a friendly attitude by law enforcement towards militia presence or activity.
4) Upcoming election swing states where violence and unrest are becoming more common in competitive spaces.
5) State capitals and ‘periphery’ towns also remain important potential inflection points for violence, especially in more rural and suburban areas
If there is a contested result, the next few weeks are going to be a period in which Black communities must be ready to defend themselves, and not rely on the police to do so. Matters could quickly escalate beyond a few isolated incidents of thuggery and violence.
As we have noted in the past, Trump's re-election plan to become a White Nationalist dictator backed by super-majority conservative Supreme Court has already been set into motion with the ramming through of Supreme Court Justice Amy Coney Barrett.  All along Trump has insisted that "The only way we're going to lose this election, is if the election is rigged."
For Trump, who continues to trail Biden in most critical swing states, the goal is to create as much confusion, disruption and violence as possible to manipulate the outcome. In essence, Trump will declare victory tonight if the electoral vote is anywhere near close, and then fight to stop vote counting of mail-in ballots and force the issue to be decided by the Supreme Court, where conservatives have a six to three majority of conservative justices.
Despite the fear and panic Trump is attempting to whip up, now is the time for cool contemplation and reflection. That American Empire has reached a point where it needs to rely on White Nationalist authoritarian rule to survive is not a sign of strength, but a profound admission of weakness. New Black Nationalists have every confidence that the Black community is going to take care of business today.
"It's Time" - Election Day: Getting Ready for Chaos, Vote Stealing, & Violence 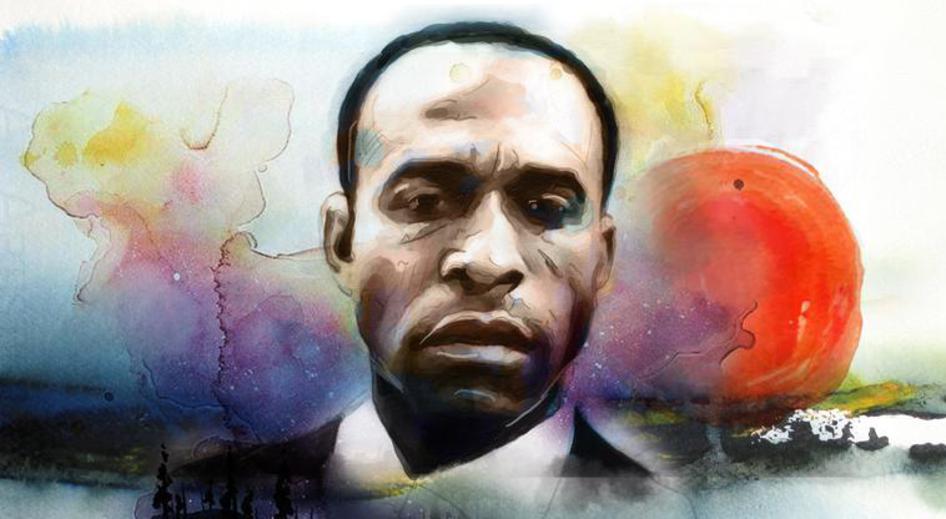