In attacking people who are genuinely opposed not only to fascism but to the capitalist-imperialist system as a whole, one of the main lines of their assault is (to use a very relevant analogy) viciously going after the Weimar Republic (the bourgeois-democratic republic in Germany after World War 1, which was replaced and forcibly abolished when Hitler and the Nazis came to power in the 1930s). We have to understand the meaning and significance of this, and the purpose behind it.
Going after the equivalent of the Weimar Republic in the U.S. today, the Democratic Party and the “Liberals,” and so on—attacking them as nothing less than traitors—is part of an overall program aimed at silencing and outright suppressing, including through the force of the state, any group or section of society, even within the ruling class, that would pose an obstacle to the implementation of the program that the Christian Fascists, and forces in the same general camp with them, are very seriously seeking to impose on the U.S. (and indeed throughout the world). There is, and for some time there has been, a very definite, conscious and concerted effort by the forces in that general fascist camp to systematically attack not just communists, or anarchists and other radicals, but liberals, mainstream ruling class liberal politicians—attacking them as having been nothing less than traitors, from the time of the cold war to the “war on terror.” 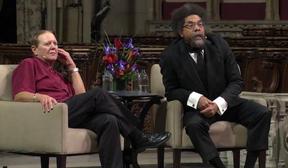 Bob Avakian RCP Chairman & Cornel West
RCP's Definition of Fascism​
Fascism is the exercise of blatant dictatorship by the bourgeois (capitalist-imperialist) class, ruling through reliance on open terror and violence, trampling on what are supposed to be civil and legal rights, wielding the power of the state, and mobilizing organized groups of fanatical thugs, to commit atrocities against masses of people, particularly groups of people identified as “enemies,” “undesirables,” or “dangers to society.”
Excerpts: The Fascists an the Destruction of the Weimar Republic by Bob Avakian
About the Revolutionary Communist Party​
The RCP​ is the only multi-racial communist organization that surged out of the radical 1960's, that remains in tact and continues to advocate the overthrow of the capitalists / imperialist class. Controversial Maoists since their founding in 1974, they have a long history of doing political work among the people of the Darker Nation in factories, housing projects, on college campuses and among its intellectuals. Over the decades, the RCP has accrued some receipts in Black communities.
Among the RCP's members at the party's founding were former Black Panthers, SNCC organizers, members of DRUM (The Dodge Revolutionary Union Movement) and anti-war Vietnam Veterans and other Black liberation movements of the times.
Led by Chairman Bob Avakian, the RCP has amassed a substantial of corpus of theoretical works and analyses since the 1970's. In this instance, 'The Heresy' at Alt-Black.com examines the RCP's analysis on the issue of fascism. 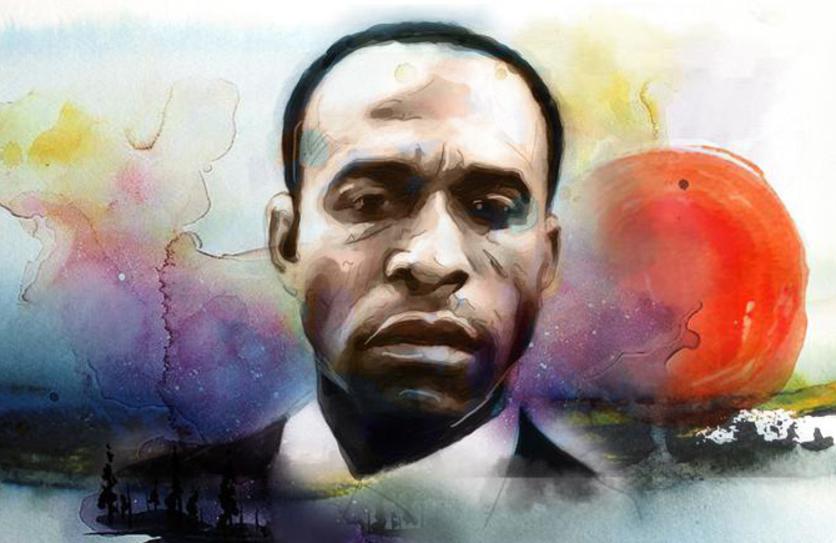 New Black Nationalist - Reissue
Originally published in March 2019
December 11, 2020 - We are re-issuing this article initially released in the Spring of 2019. Our understanding of fascism and Trump's efforts to institute authoritarian rule has expanded since we drafted the article. But we have not made any alterations to the original article other than updating the name of our New Black Nationalist network which was then the Alternative Black Nationalist.
​                     -------------------------
The RCP never responded to our article. However, we  suspected the logic of Avakian's arguments and the RCP's actions over the past years would lead to precisely what happened in August 2020:  Bob Avakian and the Revolutionary Communist Party endorsed Joe Biden for President.
Avakian explained his decision by saying
“At this critical hour, every appropriate means of non-violent action must be utilized to remove this regime from power,” Avakian wrote. “And if, in spite of mass protest demanding the removal of the Trump/Pence regime, this regime remains in power when it is time for voting, then — without placing fundamental reliance on this — using all appropriate means to work for the removal of this regime must include voting against Trump (assuming the election is actually held). “To be clear," he added, "this means not a 'protest vote' for some candidate who has no chance of winning, but actually voting for the Democratic Party candidate, Biden, in order to effectively vote against Trump.”
New Black Nationalists did write this article to lambast the RCP. We respect their work, but we felt their analysis was incorrect in this instance. As longstanding forces in the trenches of the revolutionary camp, we look forward to working with the RCP in the future. In the interest of full disclosure, the author of this article was a former member of the Revolutionary Communist Youth Brigade.
In struggle,
Selwyn Trench - Stateless Maroon of the
New Black Nationalist Movement
Bob Avakian and the RCP Endorse Joe Biden for President