New Black Nationalists Declaration of Support for Independence of West​ Papua
Today, New Black Nationalists in America’s settler state, are issuing a Declaration of Support for the independence of West Papua from Indonesia.
Since 1963, Indonesia has subverted the national aspirations of the Black indigenous people of West Papua to exercise its right to self-determination. West Papua’s right to self-determination must not only be upheld, it must be fought for.
Violating the 1963 New York Agreement between the Netherlands and Indonesia, that placed West Papua under UN Temporary Authority pending a vote by 880,000 West Papuans on independence, Indonesia’s government hand-picked 1,026 West Papuan elders and coerced them with death threats to vote to join Indonesia. Justifying the travesty called the “Act of Free Choice,” President Suharto—a dictator who came to power by a military coup-- claimed New Guineans were “too primitive to cope with democracy.”
New Black Nationalists also condemn American Empire’s imperial Cold War designs, that supported Suharto’s theft of West Papua, as a guarantee to prevent Indonesia’s political alignment with the Soviet Union. American and Indonesian collusion has engaged in wanton plunder since 1963 of West Papua’s gold and copper mines, granting mining concessions to U.S.-based Freeport-McMoran Inc., and a monopoly position the island’s liquified natural gas to British Petroleum.
The comprehensive pillaging of West Papua is further underscored by foreign corporations exploiting the island’s palm trees and creating massive palm oil plantations . These industries are destroying West Papua’s ecological balance and indigenous communities who have inhabited its dense tropical rainforest regions for thousands of years.
Non-Papuan imported workers, administrators, and political operatives have flooded into West Papua, subjecting its natives to racial and religious discrimination, and making them a minority in their own country. This colonization scheme has been referred to as the “Javanisation", or "Islamisation" of Papua.
Indonesia’s ruthless exploitation of West Papua has resulted in pervasive Human Rights violations. Attacks on villages accused of supporting independence forces have resulted in mass deaths and the assassinations of West Papuan leaders Ferry Awom, Arnold Ap, Theys Eluay and others.
In a 2004, a report from Yale Law School said the Indonesian government had "acted with necessary intent to … perpetrate genocide against the people of West Papua." That claim is just as true in 2020, as it was in 2004. We are witnessing a deliberate act by Indonesia and Western powers of “creeping genocide” against the Black indigenous population of West Papua.
In 2017, and again in 2019 in Geneva Switzerland, Benny Wenda, Chairman of the United Liberation Movement for West Papua (ULMWP) presented a petition with the signatures of 1.8 million people demanding a vote on independence for West Papua to the UN Special Committee on Decolonization. Wenda said, "I handed over what I call the bones of the people of West Papua, because so many people have been killed."
New Black Nationalists, support the demands of the ULMWP petition submitted to the U.N. We call on all progressive social influencers, organizations, NGO’s, and human rights groups to support the United Liberation Movement for West Papua’s petition demanding a new referendum on independence.
Further, we support the petition demands calling for a review of the U.N.’s involvement in the “unlawful annexation” of West Papua, support for appointing a special representative to investigate the human rights situation, and reinstatement of West Papua on the decolonization committee’s agenda.
We appeal to Black Lives Matter Global, led by Patrisse Cullors, and the Movement for Black Lives to initiate an international day of protests in support of West Papua’s independence with actions at Indonesian embassies in Washington, D.C., Los Angeles, Chicago, Houston, Honolulu, New York, London, Copenhagen, Sydney, Melbourne, and Pretoria, South Africa—Indonesia’s largest trading on the continent.
We demand that all West Papua activists imprisoned for displaying the West Papuan pro-independence Morning Star flag and expressing their political views through protests and all forms of free speech, be immediately released from confinement.
We support a special body of Human Rights activists to investigate the practicality of introducing formal proceedings to charge Indonesia with Human Rights violations and genocide to the appropriate international forums.
Finally, we are issuing a special appeal for all Black-led governments across the African Diaspora, particularly in the Caribbean and Africa to force a hearing on this issue before the United Nations General Assembly. In the 1960’s African leaders expressed sympathies for West Papuan independence but refused support them in critical United Nations votes because they were committed to the Non-Aligned Movement, then led by Indonesia. What could possibly be the excuse now for sitting by and doing nothing, while “slow genocide” is being committed against four million West Papuans?
Almost 100,000 years ago, people from the world’s most ancient civilization walked out of East Africa’s Rift Valley, on an historic trek that for some, ended on today’s island of Papua 60,000 years later. In 2020, thousands of the descendants of those ancient African tribes still inhabit the tropical rainforests of West Papua as “uncontacted” people. They may be some of the oldest tribes on the planet surviving through their ancient culture and customs in splendid isolation. They are a treasure to the world and especially to the African diaspora.
Are we really going to let the sons and daughters of Mitochondrial Eve perish for the sake of a foreign two-bit dictator’s palm oil plantation? 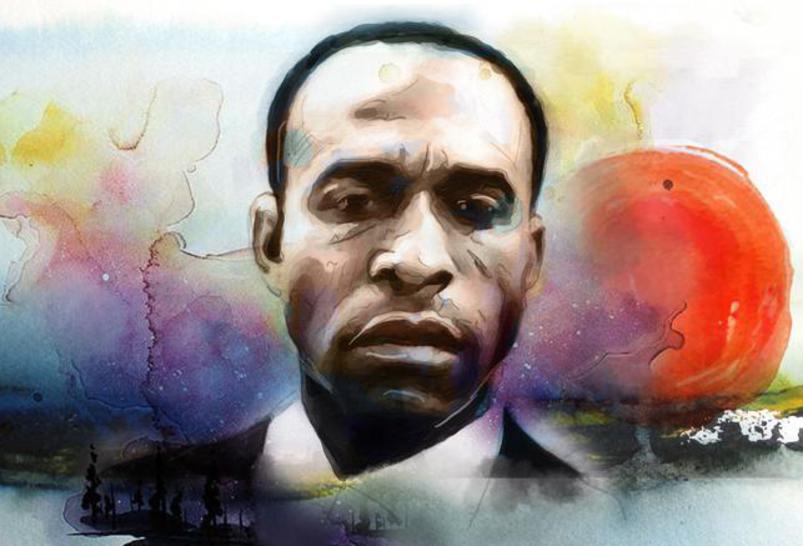