Portland's "Wall of Moms" Prepare to be Human.Shields  - July 18, 2020
We are an autonomous network of youth and student collectives dedicated to the liberation of all people through any means necessary.
We formed because we see the rise of fascism and hate in America and our voices are too strong to be silent. We believe students and youth have the strongest voice and when we organize and resist we can make huge changes, locally and nationally.
Our goals:
•We want all youth and students to rise up, be heard, and question our government and demand change.
•We want a completely reformed school system based off ALL of the students NEEDS, youth internationally deserve a real education system that educates and prepares students, instead of spewing out state propaganda.
•We want to end the war on the working class by ending brutal gentrification practices and other anti-working class policy’s.
•We want to put an intimidate end to the militarization of local police departments by putting an end to the use of flashbangs, teargas and other extremely militarized weapons and stopping “preemptive protest crackdowns”.
•We want the ruling class and government officials to be taxed heavily and for that money to go towards local school districts, prioritizing working class areas.
•We want to put an end to all I.C.E and D.H.S operations nationally, we refuse to allow literal fascist systems terrorize our community’s.
Pacific Northwest Youth Liberation Front:  Statement and Goals 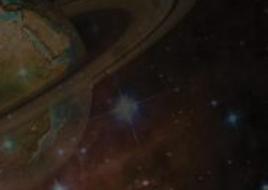 PORTLAND PROTEST UPDATE!
On Friday night the protests in Portland were joined by the Wall of Dads, the Wall of Vets, Lawyers for Black Lives Matter, Teachers Against Tyrants, and Dads With Leaf Blowers. Seattle -- Fed Fascists Pepper Spray Protestors 7.26.20
PROTEST UPDATE: MON. JULY 27
​​
​Anti-Trump Protest Engulf West Coast
As we go to print on Monday, Sunday the 60 day protest marathon by Portland's Pacific Northwest Youth Liberation Front has ignited protest to Seattle, Los Angeles, and Oakland, engulfing the West Coast in flames and anti-government protests.
These protest are targeting the Trumps garrisoning of Federal troops in cities and illegal arrest of opposition protests by a quasi-national police force. Saturday's demonstrations included a car driving through a crowd of protesters in Aurora, Colorado, a man fatally shot in Austin, Texas, and a court house set aflame in Oakland, California.
In Seattle, authorities declared a riot following large protests in its Capitol Hill neighborhood, with police deploying flash bangs and pepper spray to try to clear an "occupied protest zone" that stretches for several blocks. Police had previously cleared the area after two fatal shootings there earlier this month.
The clashes also came shortly after US District Judge James Robart, on Friday, granted a request from the federal government to block Seattle's new law prohibiting police from using pepper spray, blast balls and similar weapons.
In Oakland, California, protesters set fire to a courthouse, damaged a police station and assaulted officers after a peaceful demonstration intensified late on Saturday.