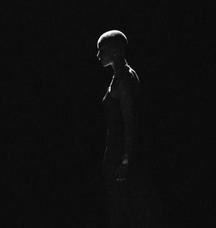 Who Can Be A Womanist - An Excerpt
by layli Phillips, From The Womanist Reader
10.2006
​Given womanism's origins with Black women and other women of color, many people wonder who can be a womanist. There is a consensus among the main progenitors of womanism, namely, Walker Ogunyemi, and Hudson-Weems, that people other than Black women or women of color can be womanists; indeed, these authors all suggest that womanism is a perspective open to all humanity. The womanist idea is not owned by Black women and women of color, even if it was developed, launched, articulated, and elaborated primarily by Black women and other women of color.
Men of color, particularly Black men, have participated in the womanist enterprise almost from the beginning. White women have questioned whether they, too, might be womanist. To date, I have not seen this question posed by white men, but this fact does not preclude the possibility that White men could be womanists. Again, while such an event is hard to imagine at this time, its possibility must be acknowledged and even envisioned if womanism is to fulfill its full potential as a social-change perspective and praxis.
That being said, womanism is not, at this time, a free-for-all. The working policy is as follows: you're a womanist if you say you're a womanist, but others can contest you or ask you what womanism means for you. Womanism requires that one's ethnic and cultural origins be acknowledged from the outset. Womanism detests race but loves ethnicity and culture, because the concept of race is rooted in the relations of domination and oppression, whereas ethnicity and culture are storehouses of human knowledge that contain such systemic and life-enhancing elements as ancestry, history, memory, geography, cosmology, epistemology, worldview, metaphysics, ethics, aesthetics, logic, psychology, spirituality, traditions, rituals, art, literatures, architecture, food, medicine, science, and language. In other words, culture is rich, while race is impoverished; culture is life affirming, while race is dehumanizing.
Far from being a frozen, essentialized entity, culture for the womanist is dynamic and constantly changing. At the same time that traditional cultures are being maintained and reinterpreted in contemporary forms, a hybrid global transculture is also forming. To be a womanist, one must identify one's cultural roots and experience oneself and one's people as part of a larger global body defined by common humanness. Such identification preserves valuable streams of difference for the benefit of all humanity, while simultaneously detaching these streams of difference from particular bodies or identities. From this ground, people can begin the process of struggling for commonweal at the successive levels of community as defined by the womanist--from one's own group, to all humanity , to livingkind, to Earth, to the universe, to all the realms of creation.
Thus, the short answer to the question "Who can be womanist?" is anybody and everybody, assuming they begin with the identification of their individual standpoints and move toward the harmonization and coordination of every-ones standpoints. Ultimately, womanism allows everyone to move toward the same place along different paths: that place is universal community; that path is whatever uniquenesses they have acquired by birth and all their successive travels through different experiences since that time. While this perspective may be unsettlingly nonracial for those who view womanism as merely another name for Black feminism or a Black woman-centered perspective, the reality is that one hallmark of womanism is Black women's and other women of color's expression, vision, and articulation of universal sentiments and aspirations. 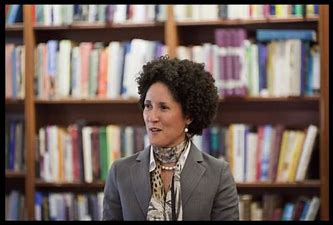