Welcome to the Black Feminist--
Black Nationalist Exchange
Since October 2019,
NewBlackNationalism.com has been honored to host the on-line forum, "Black Feminist -- Black Nationalist Exchange."
As a Fanonist network of stateless maroons, New Black Nationalists are committed to developing the theoretical instruments needed to support the creation of a Black majority-led post-heteropatriarchal nation.
We understand that winning self-determination will require broad support and a strategic alliance with Black womanist/feminists. Any attempt to "stand up" an independent republic is inconceivable without Black womanists/feminists functioning as the leading architects of a new social order.
Despite today's cataclysmic coronavirus pandemic, and the recent white nationalist coup to overrun the U.S. Capitol, the Black majority has yet to interpret these events as harbingers of American Empire's impending collapse. The possibility that the escalating chaos, faction, and threats of civil war, could lead to the emergence of a Black state--no matter how small--is simply unfathomable.
A more remarkable phenomenon, however, is that fewer people, irrespective of race, nationality, and gender, believe it's possible to establish a non-heteropatriarchal state. For decades, we've witnessed revolutions to eliminate, class, religious, national, and racial oppression, but heteropatriarchy always manages to escape the hangman's noose.
That won't be the case when the inevitable existential crisis strikes American Empire in the 2020's. Radical Black feminists not only vibrate to impulses of a post-heteropatriarchal cosmos, they do the work. Since the Black Power era of the 1960's, Black feminists have been the animating force battering the oppressive fortress of sexism, discrimination, misogyny, homophobia, and violence visited on women and LGBTQ people.
As a result of Black feminist activism, a social revolution has been percolating in Black communities' across America's settler state. Acceptance of Black women leaders, LGTBQ and transgender communities, same-sex marriage, gender equity and identity issues has dramatically transformed the molecular structure of  the Darker Nation's culture. A gender shift empowering Black women and LGBTQ communities is in train.
Since the 1960's, Black feminists have chronicled a vast body of work, illuminating the constituent elements of Black culture. They articulated a compelling corpus of cultural and aesthetic theory that is illuminating, fresh, irreverent, and controversial.
From the staccato rhythmic bursts of Sonja Sanchez and the "Hand Grenade Poets" of the 1960's, to Alice Walker's lavender prose, to Ava DuVernay's levitating cinematic majesty, Black feminists have probed the universe of Black sensibilities. They have filled our humanity from the inside-out, and forced us to confront the vicissitudes of Black life with boundless hope and energy.
The fruits of their labor emerged in a long series of battles with exclusionary white feminists, the literary establishment, narrow Black Nationalists, Black literary critics like Henry Louis Gates' cloaking his male chauvinism in "post-structuralist" theory, and white dominated Women's Studies Department's attempting to highjack Intersectional Theory. Engaging all comers, Black Feminists leaned in and punched above their body weight.
The combination of Black Feminists' social activism, cultural production, and theoretical prowess, has led to what New Black Nationalists call the "radical feminization of the new Black liberation movement."
The expanding Black feminists movement is an amalgam of progressive Black women, LGBTQ advocates, anti-white nationalist resisters, Democratic-Socialists, Black Lives Matter activists and its increasingly militant BLM 2.0  iteration that surfaced after George Floyd's police execution in May, 2020. Their insurgency has elevated Black feminist thought and influence to ubiquitous levels across the Black Diaspora, from Brazil's favelas to West Papua's Melanesian Basin.                                                                                                                                                          In celebration of their transformative and revolutionary accomplishments, New Black Nationalists proudly dedicate the observance of Black History Month 2021, to the Black Feminist Movement. On this occasion we also renew our call to Black Feminists to increase the exchange of ideas with New Black Nationalists that began in October 2019.
The "Exchange" is also about building trust and healing the breach between Black Nationalists and Black Feminists created during the Black Power and Black Arts Movement era of the 1960's. Black Nationalists were among those who lamentably upheld the prerogatives of “Black masculinity,” locked Black women out of leadership positions, sexually abused and objectified Black women, and targeted Black feminists as agent-provocateurs and even traitors to the race.
As inheritors of the mantle of Black Nationalism, we own that history: we don't turn away from it. At the same time, we can't return to the past to repair the scar tissue: we can only can act in the present and the future.
New Black Nationalists are not yesterdays Cultural Nationalists, Pan Africanists, Afrocentrists, Black Atlanticists, Marxists or Black separatists. New Black Nationalists have adopted the expansive corpus and vision of Frantz Fanon works, as our guiding ideology.
Thus, we are building a new thought community of independent truth seekers, that skews to virtuous ethics, inclusion, radical democracy, and exploring new frontiers of the human project.
We look forward to working with Black feminists as we develop new theoretical models that foreshadow a "transitional" Black Nationalism that embraces Fanon's vision of creating a "new humanist" society--a society that not only constrains and eliminates class and racial antagonisms, but condemns heteropatriarchy to the gallows.
Black Lives Matter's Demise
The Black Feminist  -- Black Nationalist Exchange
Afrofuturism & Feminism
The Intersectional Moment
1 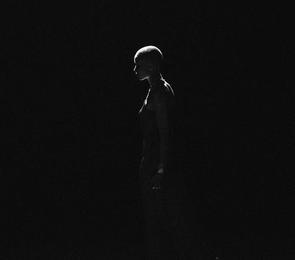 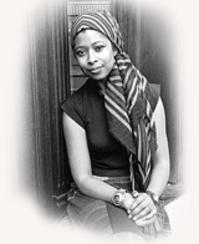 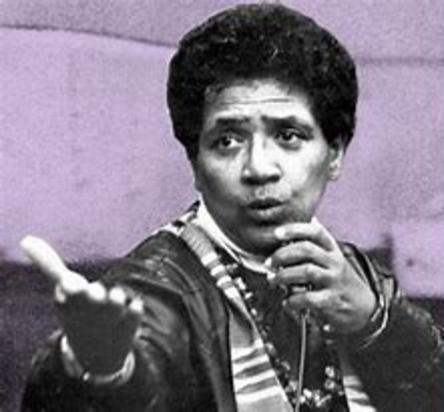 Audre Lorde: Nationalism
and
Second-Wave
Black Feminism
by
Cheryl
Higashida
I would guess that many readers familiar with Lorde would contrast her feminist diasporic politics of difference with Fanon’s anticolonial nationalism. Indeed, they might position Lorde with those who believe that “humanity . . .has got past the stage of nationalist claims.”
This latter assumption drives much Black and Third World feminist scholarship, which contends that nationalism, with its investments in heteropatriarchy, homogeneity, normativity, and territory, can no longer be seen as liberatory, especially for women of color.
Read more...
Against Patriarchy
Jasbir Puar
On Intersectionality,
Necro-politics,
and
Bio-power
​BlackFeminisms.com
BlackFeministFuture.org
An open forum to work out the philosophical, ideological and political questions for a new liberatory framework
BLM 2.0 - The Next Iteration 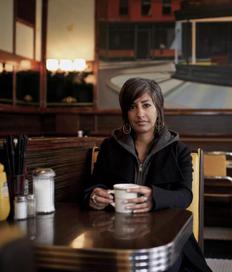 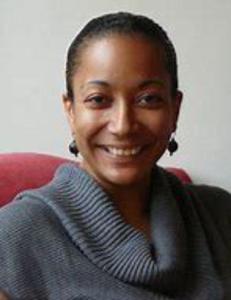