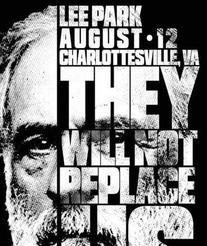 Lessons from the Battle of
Charlottesville - The Unite the Right Rally - August 12, 2021
NewBlackNationalist.com
Analysis 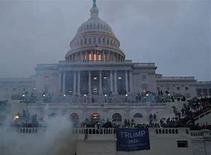 The Soft Coup to Remove Trump From the Oval Office
04.20.2018
NewBlackNationalism.com
Analysis 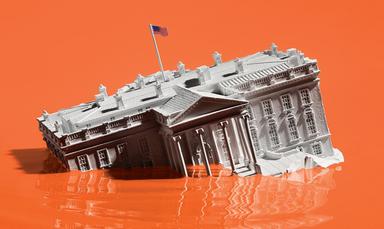 Trump Inc. A Queens Tale: Dutch Schultz on the Potomac
02.28.2017
NewBlackNationalism.com
Commentary
Donald Trump broke every politically correct rule in the campaign playbook in route to the Oval Office. His administration is no different. America's presidency is now a family run business of a new type: Trump Inc.
The Trump's have affected a radical departure from all other presidential political families. Sure, John Kennedy's father ran a bootlegging operation with the mob during prohibition; the Bush dynasty was powered by Texas oil money, and the Clintons could turn a dollar into a small fortune whether it was trading pork bellies or shaking down investors over phony land deals.
A rake, and a whoremonger, Trump is a cheap tin-horn a shakedown artist, with a temper. He's not the smooth criminal in the mold of Lucky Luciano, but an impulsive thug like his German kindred spirit Dutch Schultz.
Trump Inc. seeks to run the government writ large as a self- contained in-house operation. In other words, Donald Trump, his daughter Ivanka and her husband Jared Kushner are running as much of government as they can manage from the West Wing.
For example, Trump enhanced Jared Kushner's portfolio by making him his personal envoy to the Middle East, Mexico and Canada--normally the purview of the Secretary of State and National Security Adviser.
Moreover, as a practical matter on how Trump Inc. operates, Eric Trump said that a major influence in Donald Trump's decision to bomb Syria was because Ivanca Trump was "heartbroken and outraged" at Syria's alleged chemical attack on its people.
Meanwhile, Donald Jr and Eric are directing the other half of Trump Inc., "taking over" daddies business holdings. No one knows if Donald Trump divested himself from all his business interest or set up a blind trust insulating his business interests from conflicting with his public office.
In the absence of releasing his tax returns, there can be no public accounting to determine if he or his family are using the government to further their business interests.
Trump Inc.'s methods and business model mirrors that of a mafia crime family. Like New York's five families organized by Lucky Luciano, Donald Trump sits as "Godfather" reigning over his children's "Capo régimes." His son-in-law Jared Kushner doubles as his consigliere and shadow Secretary of State. Ivanka Trump sits as an adviser without portfolio in the West Wing.
Similar to the La Cosa Nostra, Trump Inc. threatens, intimidates, sues, cons, swindles and lies as standard practices for profit taking. It also ruthlessly crushes its competitors and opponents.
Typically, the mafia profits from a multitude of enterprises; gambling, prostitution, narcotics trafficking, labor racketeering, bribery, extortion and any other enterprise it could subvert.
Similarly, Trump Inc. extracts profits by any mean necessary. Cutting deals with mobbed-up businesses, running fake universities, gambling, using illegal foreign labor, sexual exploitation of women, housing discrimination against people of color are but a few of Trump Inc.'s well documented practices.
With "the Don" now in the White House, the potential to shake down the government is limitless. The Trump family brand is the most potent in the world. So is its power to intimidate Trump Inc.'s business enemies and competitors.
That the bullying and hardball tactics hard-wired in Trumps' business and personal were easily transferred into the political arena, should come as no surprise. His mentor in New York City was Roy Cohn, the legal mastermind behind Senator Joe McCarthy's anti-communist inquisition in the 1950's.
​Given the level of secrecy and subterfuge surrounding Donald Trump's business and personal finances, it will take some time to unravel Trump Inc.'s byzantine dealings. If the current investigation into Trump Inc.'s relations with Russia is any indication of what the future may hold, we are in for a wild ride.