1
​BLM 2.0
​WHAT WE BELIEVE
CONTACT US
REPARATIONS
AFROFUTURISM
​FANON FORUM
​BLOG
SOUTH AFRICA PROJ
NewBlackNationalism.com
Were Haiti’s Capitalists Behind the Assassination of President Moïse?
07.08.21
AN INTERVIEW WITH
KIM IVES
Jacobinmag.com
Moïse’s assassination comes amid increasingly revolutionary fervor in Haiti. The popular demonstrations against corruption, which were supported by bourgeois opponents of the former president, have more recently given way to openly radical forces, such as those around Jimmy “Barbecue” Cherizier.
A former cop turned vigilante leader, Cherizier has sought to unite Haiti’s many armed community defense groups, and even criminal gangs, under the banner of the “Revolutionary Forces of the G-9 Family and Allies” in order to topple the state altogether. His base is in Haiti’s shantytowns, where millions of former peasants now comprise a “lumpenproletariat” of unemployed workers.
Read more....
​Haiti requests US send troops following president's assassination
o7.09.21
ABC News
Haitian government officials said they’ve asked the United States to deploy troops in an auxiliary effort to help shield Haiti’s infrastructure from attack amid the political turbulence the country is experiencing after President Jovenel Moïse’s sudden assassination Wednesday.
The interim prime minister, Claude Joseph, has declared a 15-day “state of siege,” which in effect imposes martial law, in an effort to bring order to the deteriorating, near-anarchical environment in Haiti.
Read more... 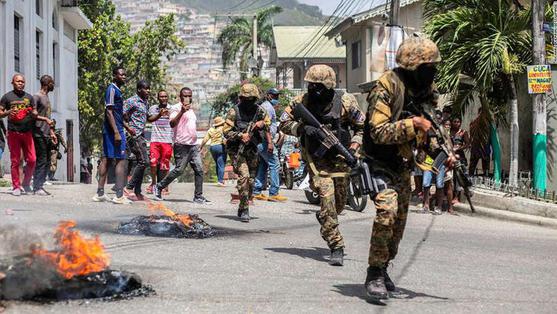 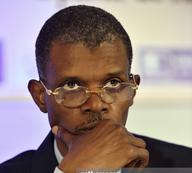 Mourning Haiti’s Moise, who stood alone on an island
07.09.21
BY GARRY PIERRE-PIERRE
Another efficient operation
The assassination of Jovenel Moise at the hands of foreign mercenaries raises many questions for me and I ask again: What role, if any, is the CIA playing here?
There is absolutely no way that the agency was unaware of this plot because one of the things we learned clearly during the odious Trump regime is that every foreign leader, including allies, are routinely monitored.
Read more...
Jovenel Moise
Haitian Police Forces Search for Assassins after President Jovenal Moise's Murder
No U.S. Troops in Haiti: U.S. Out of Haiti Now
​07.09. 2021
​G9 and Family
07.08 2021
Insight Crime
The “G9 and Family” (G9 an fanmi – G9) is a criminal federation of nine of the strongest gangs in Haiti’s capital of Port-au-Prince. Founded in June 2020 by former police officer turned gang leader Jimmy Chérizier, alias "Barbecue," the coalition allowed member gangs to expand their territory and offer politicians a unified weapon with which to suppress their opposition.
Formerly linked to since-assassinated Haitian President Jovenel Moïse and his ruling Haitian Tèt Kale Party (Parti Haïtien Tèt Kale – PHTK), for whom the G9 is alleged to have ensured votes and quelled social unrest in gang-controlled neighborhoods, the coalition now threatens to challenge the Haitian state itself, with Chérizier calling for a “revolution” in June 2021.
Read more... 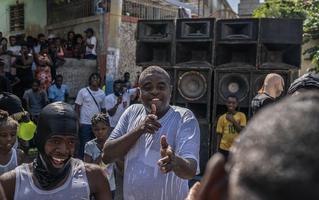 ​UPDATE
07.12.21
Haitian-American arrested in Haiti as lead coup plotter.
Saturday, July 10: Cherizier Press Conference
After saying that the assassination of Jovenel Moises, was “cowardly and villainous”  Cherizier said the following;
“No one wanted this tragic outcome that will worsen the crisis and amplify political instability. We invite all those who are trying to take advantage of this coup to think carefully, to consider whether they have in their hands the appropriate solution to the country’s problems.
He criticized those he called “bourgeois” and “exploiters,” adding: We will use our weapons against them in favor of the Haitian people. ... We’re ready for war!”
Timeline: Haiti, one month without assassinated president Jovenel Moise
08.08. 2021
Wednesday, July 7 - Haitian President Jovenel Moise, a 53-year-old former businessman who took office in 2017, was shot dead and his wife, Martine Moise, was seriously wounded when heavily armed assassins stormed the couple's home at around 1 a.m. local time (0500 GMT).
​Haiti's ambassador to the United States, Bocchit Edmond, said the gunmen were masquerading as U.S. Drug Enforcement Administration (DEA) agents as they entered Moise's guarded residence under cover of nightfall.
Police tracked the suspected assassins to a house near the scene of the crime in Petionville, a northern, hillside suburb of the capital, Port-au-Prince.
Thursday, July 8 - A firefight lasted late into the night and authorities detained a number of suspects. Police in Haiti said the assassination was carried out by a commando unit of 26 Colombian and two Haitian-American mercenaries. The two Haitian-Americans were identified as James Solages, 35, and Joseph Vincent, 55, both from Florida.
Friday, July 9 - U.S. law enforcement and intelligence agencies probed potential U.S. connections to the assassination, the day after two Haitian-American men were arrested on charges of participating in the killing.
The United States rebuffed Haiti's request for troops to help secure key infrastructure, even as it pledged to help with the investigation.
Saturday, July 10 - One of Haiti's most powerful gang leaders said his men would take to the streets to protest the assassination, railing against police and opposition politicians whom he accused of colluding with the "stinking bourgeoisie" to "sacrifice" Moise.
Sunday, July 11 - Haitian authorities detained Christian Emmanuel Sanon, 63, widely described as a Florida-based doctor, and accused him of being one of the masterminds behind the killing by hiring mercenaries.
Read more....