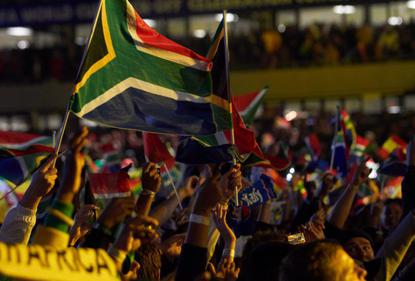 Violence and Solace
06.21.2021
Mxolisi R. Mchunu
Mxolisi R Mchunu explores the violence in KwaZulu-Natal in the 1980s and 1990s that left so many dead and wounded – physically and emotionally.
Read more...
NewFrame.com 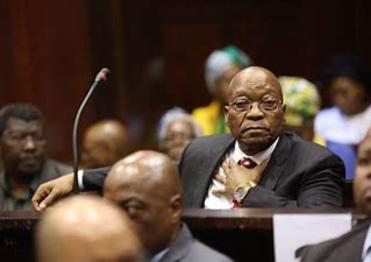 Carceral feminism is not the answer
09.10.2021
Sohela Surajpal
We need to reimagine our conceptions of feminist justice in South Africa: Putting people in cages is not liberation.
Read more...
Africasnotacountry.com

Beyond Domination
The future & past of decolonization
03.09. 2021
Arjun Appadurai
Two new books—On Decoloniality, by Walter D. Mignolo and Catherine E. Walsh, and Out of the Dark Night, by Achille Mbembe—help remind us of the history behind our geographies
Read more...
NewFrame.com
​Welcome to the South Africa Study Project
​07.14.2021
The last five days of looting, violence, 72 deaths, attacks on government installations, and vigilantes establishing armed no-go zones have thrown South Africa into chaos.
Simply put, President Cyril Ramaphosa has lost control of the country. Few can say where South Africa goes from here.
Since Nelson Mandela was elected president in May of 1994, his ruling African National Congress Party [ANC] and three successors have never confronted a governing crisis this grave.
The ANC weathered South Africa's devastating HIV-Aids epidemic, the white National Party's abandonment of the Government of National Unity [GNU], the minor's massacre in Marikana, the ongoing border crisis with Zimbabwe, and the 2008-2009 global financial crisis.
But the crisis of the present is different. The African National Congress is the crisis.
South Africa's post-Mandela presidents, Thabo Mbeki, Jacob Zuma and Cyril Ramaphosa have been less than stellar leaders whose helmsmanship steered the nation's ship of state into troubled waters and then a tsunami.
True, Nelson Mandela brokered a peace that spared South Africa a long bloody racial civil war that neither side could decisively win.  We understand that.
We can be less forgiving about the ANC's decision to tether its economy to the neoliberal globalist fantasies of strategic foreign investments,  privatization, deregulation, and trade liberalization.
The point is that those policies could have changed had ANC leaders and the party had an alternative vision to close the enormous economic inequality gap between privileged white Afrikaners and the Black majority. They did not.
Whites still own of 72% of the country's land. Crime and foreign interests run riot over the nation, and even now the COVID-19 pandemic is ravaging the country.
However, none of these failures compare to the internal rot and comprehensive corruption of the ANC. The culture of grifting has seeped into every pore of party life. The 109-year old organization has been totally captured by foreign monied interests, mob bosses, and white collar criminals like the Gupta Brothers and Adriano Mazzotti.
Worse still, the ANC's corruption has metastasized through South Africa's government, infecting it with a deadly virus that has paralyzed its ability to function of behalf of its people. No one embodies the ANC's corruption more than Jacob Zuma, South Africa's president from 2009-2018.
It was a long time coming but the ANC's day of reckoning has arrived. The party is at now openly at war with itself as the Zuma and  Ramaphosa camps vie for control of the party and the country.
Zuma directly challenged Cyril Ramaphosa's presidency by refusing to appear before the Constitutional Court on corruption charges.
Zuma' son, who wants to run for president, his daughter, and a group of ANC military wing veterans all called for violent reprisals if Zuma was arrested. In the KwaZulu-Natal and Gauteng provinces they delivered on their threats. On July 6, 2021, ANC Deputy General Secretary Jesse Duarte was forced to order the  uMkhonto we Sizwe Military Veterans Association (MKMVA) to disband.
The debasement of the ANC is so pervasive that both youth breakaway organizations: Julius Malema's Economic Freedom Fighters [EFF] and Andile  Mngxitama' s Black Land Black First organizations have both pledged fealty to Zuma at one time or another.
New Black Nationalists are hopeful that both these organizations will display the leadership timbre of their self- professed "Sankarist" principles.  It is sorely needed in South
Africa today.
Zuma is a man never to be underestimated. He is a populist with a base in KwaZulu-Natal.  More so than the cerebral, if not aloof Mbeke, and the accommodationist bureaucrat Ramaphosa, Zuma has receipts as a "man of the people. "
In the short-run Cyril Ramaphosa and the ANC will likely survive, but only at the point of the South African National Defense Force's bayonets. The question is this: Has ANC rule entered into an irreversible death spiral? If so, what will the collateral damage entail? Civil war and race war are real possibilities that cannot be dismissed.
Mandela's dream is now a nightmare.
New Black Nationalists started the South Africa Study Project five months ago. We did so because the history of its liberation movements, winning Black majority rule, and the diversity of its forces and programs that have contested for leadership makes the South African experience an invaluable resource to international revolutionary movements.
As a study project of the Global Fanon Movement, we support the ongoing struggle of the South African people to free themselves from the albatross of neocolonial rule.
We invite you to be a part of the project and follow the analysis, commentary, and news posted on the site. We welcome all feedback and analysis from our readers. Tweet us @WBBrooksIII
South Africa is
Up for Grabs
New Black Nationalist
Editorial​
"Freedom and the installation of a democratic government bring erstwhile liberators from the bush to the corridors of power, where they now rub shoulders with the rich and mighty.
It is in situations of this nature that that some former freedom fighters run the risk of forgetting principles and those who are paralyzed by poverty, ignorance and diseases; some then start aspiring to lifestyles of the oppressors they once detested and overthrew."
Nelson Mandela