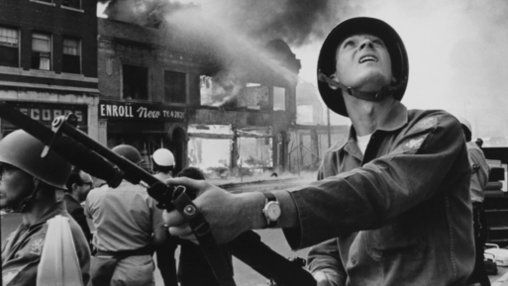 July 23, 1967 - Sunday mornings meant one thing: church. That Sunday, unlike others, I was glad to go because we had just gotten a new car--a long shiny Buick Electra 225, with power windows and a drop top. The People of a Darker Hue called it a "Duce and a Quarter," a euphemism for a Black man's Cadillac. For Blacks who moved up and out, there were always three reasons to return to the old neighborhood, church, the beauty shop or the barbershop.
We lived in a mostly white and Jewish middle-class neighborhood on Detroit's Northwest side, littered with synagogues and Catholic schools. It was a fifteen minute drive to Metropolitan Baptist in our former all Black neighborhood. We were a few blocks from the church when my mother spotted a church deacon running towards our car frantically waiving his hands. She quickly pulled over and stopped the car. I remember him stepping down off the curb-a balding sixtyish man in a dark suit-wiping sweat from his forehead with a stiffly creased handkerchief. My mother rolled down the window and asked why he was so far from the church. "Ms. Brooks," he said "you can't get to church this morning. The Negroes are burning down everything."
Bewildered, by his response, my mother, ever the curious school teacher asked what was going on. The deacon, looking slightly exasperated politely said "I don't know Ms. Brooks, but it started early this morning, and it ain't stopped. They're even shooting at the firemen trying to put out the fires."
My mother thanked the deacon and told him to be safe. He turned and hustled back down the street looking for other churchgoers. My mother pointed our new car northward and we headed home. It was 10:00 in the morning.
Little did we know that what was first called the "Detroit Race Riot " had started at 3:30 that morning, after the police raided a “blind pig” (an unlicensed, after-hours bar). Ironically, the second floor haunt was located next to an office suite rented by a civil rights group called the United Community League for Civic Action. Outside the office building at the corner of 12th Street and Clairmount, as police officers began arresting late-night party goers, hundreds of angry residents of the area called Virginia Park buffeted police cars and paddy wagons with rocks and bottles.
By 5:00 a.m., as police hauled off the last group arrested at the raid, Molotov cocktails were being hurled and storefront windows smashed. By 8:00 a.m., three thousand people had massed on 12th Street. Looting had started and reinforcements from other precincts were called in. By the time Gov. George Romney (Mitt Romney's father) was called, the first fires were spreading. From that point on, there was no turning back.
In 67, our Congressman was the young John Conyers, one of the few Blacks in Congress in D.C. I met him in 1965. He came to my elementary school and invited me to speak at an assembly about the Vietnam War. It was the first of many rants I would give over the years. 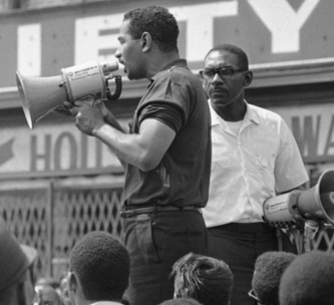 July 23, 1967 - 9:30 a.m. - Congressman John Conyers tries to cool out the crowd on 12th Street. They listened, they jeered and finally they threw rocks and bottles at his entourage. 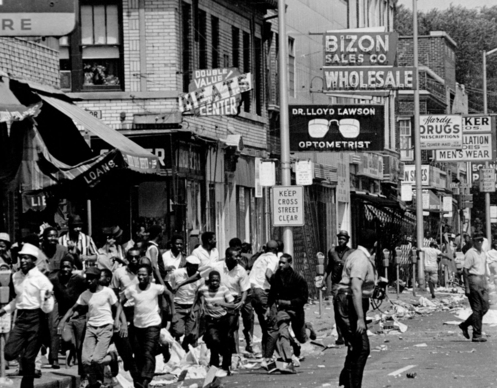 Over a five-day period from July 23-July 27, Detroit's Black community was confronted by a combined occupying force of 20,106 government troops (8,128 Michigan National Guardsman 46th Infantry Division), 2,137 Michigan Air National Guard, 4,782 U.S. Army troops from the elite units of the 82nd Airborne and 101st Airborne Divisions, 277 U.S. Army Command and Support, 4,782 U.S. Reservists deployed to Chandler Park and the Michigan State Fair Grounds and 360 Michigan State Police. This combined force augmented 5,000 Detroit Police officers. The city was transformed in a full spectrum war zone: helicopters, tanks, armored personnel carriers, jeeps and 50 caliber machine guns abound.
Not intimidated, the insurgency dialed up its attacks despite overwhelming force. As the street violence spread, 2,498 rifles and 38 handguns are reported stolen from local stores. Over the next two days the insurgents created a record unmatched by any other urban revolt of sustained armed assaults on police stations, National Guard and U.S. Army special forces units.
On July 24 the Detroit Police 7th Precinct at Mack and Gratiot, came under heavy sniper fire. In the center city area, 40 National Guardsmen were pinned down for hours under extreme sniper fire at Henry Ford Hospital. The 5th Police Precinct was besieged overnight until the National Guard arrived the morning on July 25. On the same day, a police patrol wagon transporting machine guns came under attack by sniper fire at Hazelwood and Lawton. Again, on July 26, heavy exchanges of gunfire were reported between snipers and National Guard at Lycastle and Charlevoix. Sniper attacks at Fairview and Goethe on Detroit's east side were also reported.
The battlefield casualties of the insurrection were high. Forty-three people were killed, 33 were Black and 10 white. According to reports filed, 16 Blacks were killed by Detroit Police Officers. The three people killed at the "Algiers Motel Incident", by the DPD was a summary execution. Eight blacks were killed by the National Guard, including a four-year old girl. One black man was killed by a U.S. Army Airborne paratrooper. U.S. Army troops were supposedly under orders from the White House not to use live ammunition unless authorized by their commanding officers. The majority of Blacks killed were unarmed looters.
To understand how different Detroit's rising was from every other American revolt, it's useful to compare it to the 1992 Rodney King "Riots" in Los Angeles. Sixty people died in that rebellion, 17 more than died in Detroit. Of those 60 deaths, 35 of them died from gunfire, less than Detroit. However, only 10 people were killed by law enforcement officers and the California National Guard, compared to 27 in Detroit. This fact statistically underscores the nature of the deadly street warfare in Detroit between the resistance and forces of the state.
July, 23 Early Sunday Afternoon - On 12th Street, the community is out in full force 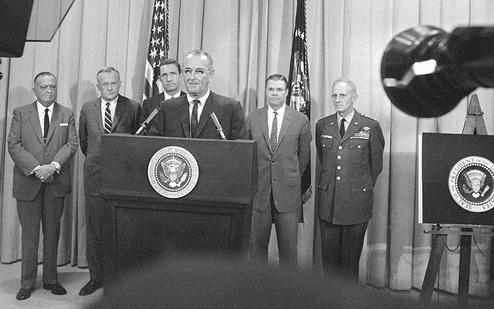 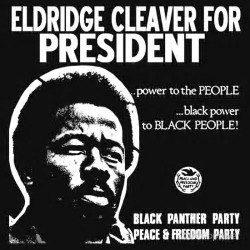 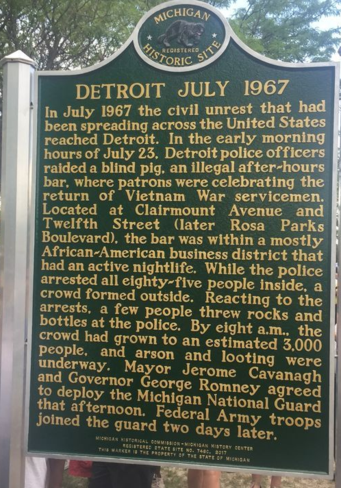 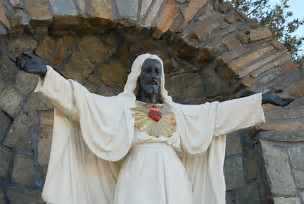 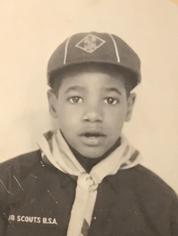 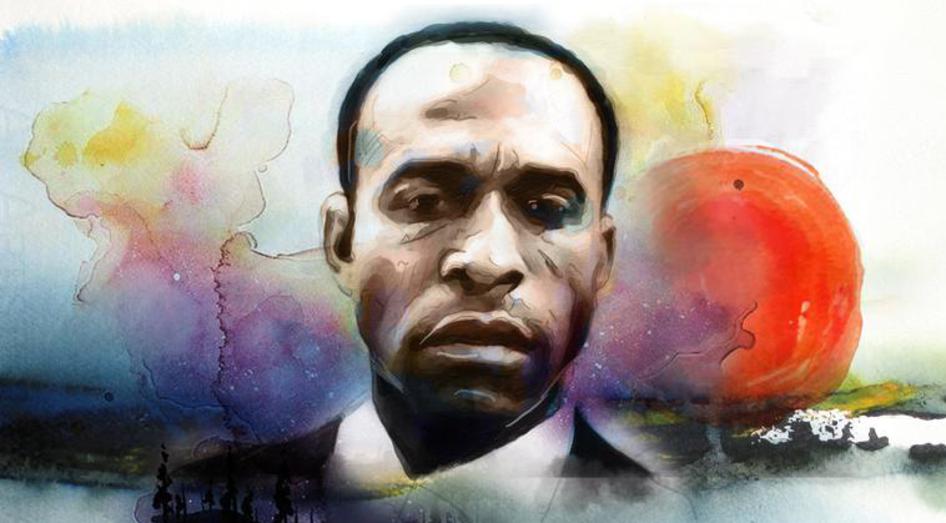 NewBlackNationalism.com
Detroit 67' Why None Dare Call it Insurrection