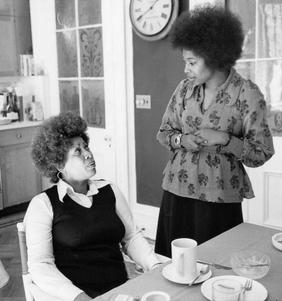 Alice Walker on "Womanism"​
From "In Search of My Mother's Garden"
Well, first of all it’s feminist, but it’s feminist from a culture of color. So there’s no attempt to evade the name “feminism,” which is honorable. It actually means womanism – I mean, it’s French in its essence – la femme, so feminism would be womanism.
Womanism comes though from Southern African American culture because when you did something really bold and outrageous and audacious as a little girl, our parents would say, “You’re acting ‘womanish’.
It wasn’t like in white culture where that was weak – it was just the opposite. And so, womanism affirms that whole spectrum of being which includes being outrageous and angry and standing up for yourself, and speaking your word and all of that.
A woman who loves other women, sexually and/or non-sexually. Appreciates and prefers women's culture, women's emotional flexibility (values teas as natural counterbalance of laughter) and women's strength. Sometimes loves individual men, sexually and/or non-sexually. Committed to survival and wholeness of entire people, male and female. Not a separatist, except periodically, for health.
Traditionally universalist as in "Mama, why are we brown, pink, and yellow, and our cousins are white, beige, and black?" Ans: "Well you know the colored race is just like a flower garden, with every color flower represented." Traditionally capable, as in: "Mama, I'm walking to Canada and I'm taking you and a bunch of other slaves with me." Reply: "It wouldn't be the first time."
Loves music. Loves dance. Loves the moon. Loves the spirit. Loves love and food and roundness. Loves struggle. Loves the Folk. Loves herself. Regardless.
Woman is to feminist as purple to lavender.

COMBAHEE RIVER COLLECTIVE
RIVER STATEMENT
Although we are feminists and Lesbians, we feel solidarity with progressive Black men and do not advocate the fractionalization that white women who are separatists demand.
Our situation as Black people necessitates that we have solidarity around the fact of race, which white women of course do not need to have with white men, unless it is their negative solidarity as racial oppressors.
We struggle together with Black men against racism, while we also struggle with Black men about sexism.
We realize that the liberation of all oppressed peoples necessitates the destruction of the political-economic systems of capitalism and imperialism as well as patriarchy.
We are socialists because we believe that work must be organized for the collective benefit of those who do the work and create the products, and not for the profit of the bosses.
Material resources must be equally distributed among those who create these resources. We are not convinced, however, that a socialist revolution that is not also a feminist and anti-racist revolution will guarantee our liberation.
We have arrived at the necessity for developing an understanding of class relationships that takes into account the specific class position of Black women who are generally marginal in the labor force, while at this particular time some of us are temporarily viewed as doubly desirable tokens at white-collar and professional levels.
We need to articulate the real class situation of persons who are not merely raceless, sexless workers, but for whom racial and sexual oppression are significant determinants in their working/economic lives.
Although we are in essential agreement with Marx's theory as it applied to the very specific economic relationships he analyzed, we know that his analysis must be extended further in order for us to understand our specific economic situation as Black women.
Black Feminisms' Intersectionality Moment                    NEWBLACKNATIONALISM.COM 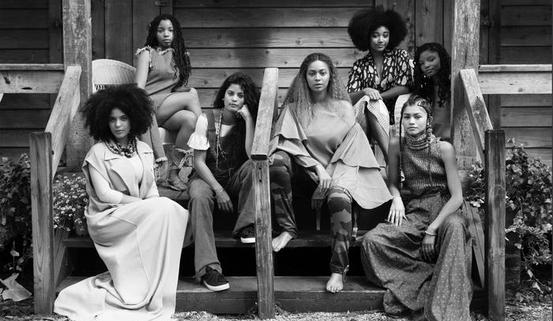 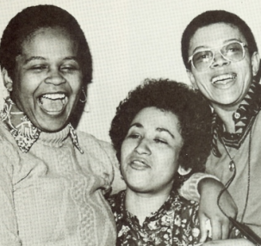