NewBlackNationalism.com
Sasha Johnson: Recover to Power
Black Revolutionary Leader Shot in London
​The New Black Nationalist Movement in America's settler state, sends its heartfelt love and encouragement to the family and friends of Sasha Johnson - the 27 year-old mother and irrepressible spirit that touched the lives of millions of people she never met. We anxiously await her recovery to power.
​Her shooting, just before 3:00 a.m., on Sunday morning on Consort Road in Peckham, Southeast London, has stunned us all.  Johnson's supporters in the Taking The Initiative Party said she has undergone an operation and remains in critical condition in recovery post-surgery. Johnson, who sustained sustained gunshot wounds to the head is being treated at Kings College Hospital in Camberwell. Her condition remains life threatening.
Whether the bullet(s) that has placed our dear sister's life in critical condition, was the result of targeted foul play or not, her shooting reminds us why we must cherish and support those who put themselves on the frontlines with our larger interest at heart.
The death threats, slander, and attacks directed at Sasha from various quarters, were not meant to cower those who supported her "controversial" views.   Quite the opposite, they were conjured to unsettle the curious, the fence-sitters, the newly awakened, even those who disagreed with her, but conceded her convictions were sincere.
New Black Nationalists first encountered Sasha when we watched her street corner speech calling for a new Black political party and a Black militia in the summer of 2020. As nation-state Black Nationalists working to create a Black republic when American Empire collapses, we liked what we saw and heard.  We also saw some else; that intangible impulse she radiated for the heat of the struggle.
We were animated by her internationalism and forward support of the Palestinians. We observed  her in the Rhodes Must Fall protests supporting West Papua's Independence movement with Koteka Wenda. We smiled when she ridiculed David Lammy and Priti Patel as being "tokenistic." We followed her participation in the London marches protesting the death of George Floyd.
In the summer of 2020, we began our assessment of historic Black-led global protests of more than 20 million people after George Floyd's police execution. From Brazil's favelas to Black Aboriginal protests in Australia's outback to Colston's statue being dumped in the Bristol Harbor, we named Sasha Johnson, Jen Reid and Koteka Wenda as three of the top eight emerging Black women global leaders of the BLM 2.0 Lavender Revolution.
There are those that talk, those that deliver, and those who do both. Sasha Johnson didn't just talk about the need for a Black political party in the U.K., in the tumultuous summer of 2020. In December 2020, she was part of the Executive Committee that helped found the Taking the Initiative Party (TTIP) Ironically, but predictably, once the TTIP was formed, the media excoriated her because whites were not included in the party leadership.
Sasha didn't just talk about the need for Black institutions, she helped start the Oxford Kitchen, a small café/restaurant, training working class black youth and refugees to get involved and help  provide meals and food to the community.
To be sure Sasha Johnson, had a flare for the dramatic. Some called her an opportunist. After all, she was the self-styled "Black Panther of Oxford."  But we'll take Sasha any day over Marcus X, the fire-breathing militant from who managed to lead his protests and out maneuver DSI Fred Thursday and Inspector Morse on Oxford's own Endeavor series.
In many ways Sasha reminds us of Alice Walker description of Womanism: "From the black folk expression of mothers to female children, “You acting womanish,” i.e., like a woman. Usually referring to outrageous, audacious, courageous or willful behavior. Wanting to know more and in greater depth than is considered “good” for one."
On behalf of the New Black Nationalists movement, we are optimistic that Sasha Johnson will prevail and return to her children, her family, her community, and her comrades. We look forward to the day that we welcome the Black Panther of Oxford, back to the struggle. 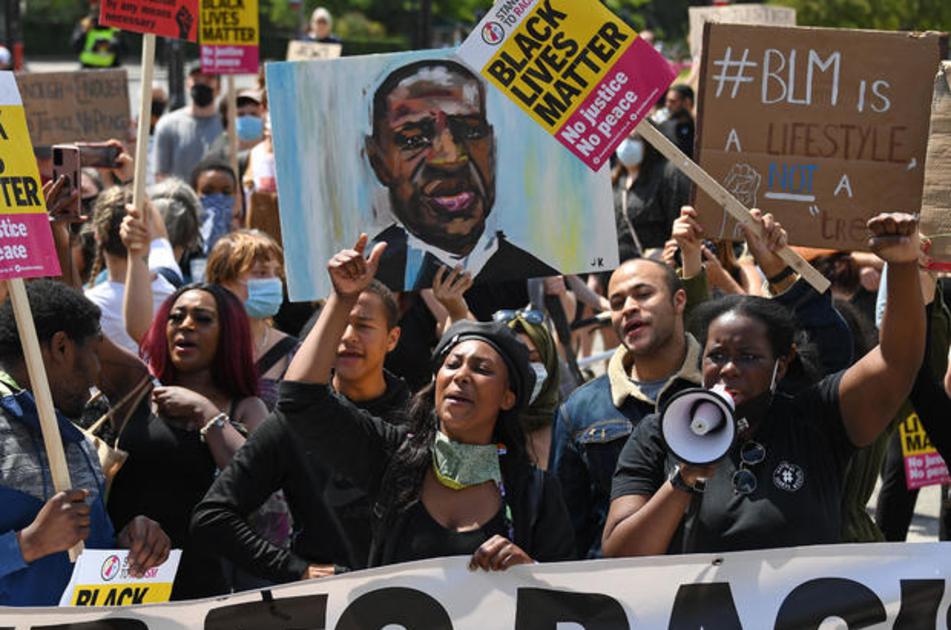 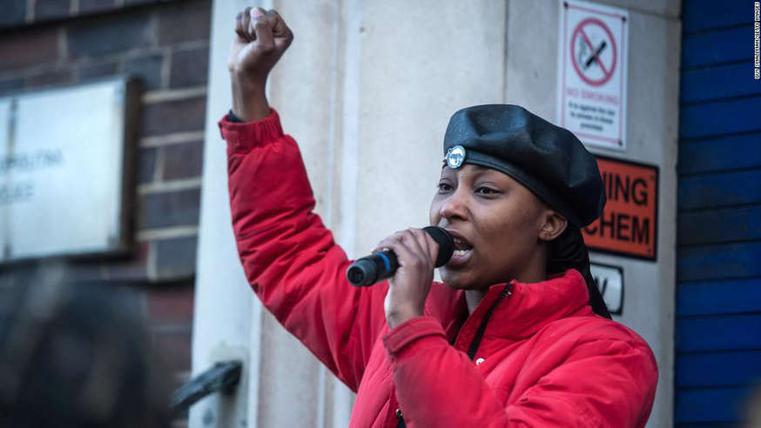 Press Release: Sasha Johnson
24th May 2021
Following our announcement on social media yesterday regarding the shocking news on the attempted murder of Sasha Johnson, we would like to put forward an update and a statement on the situation. Sasha is currently in critical care and has recently undergone an operation and is in recovery post-surgery; we do not have any further information in relation to her recovery and/or if there is any permanent damage. We can also confirm that the incident involving Sasha is the same incident that was reported by the news outlets on the shooting of a woman in Southwark.
We are appreciative of the kind messages and supportive words sent to Sasha and our team and pray that Sasha will make a full recovery. Sasha has been passionately fighting for people and for equality for a long time and now, she is now fighting for her life.
Whilst we are overwhelmed by the love and the support for Sasha, we are also deeply saddened and disgusted by the negative press that has infested from this act of hate. Since the incident, we have been receiving emails and social media messages celebrating Sasha’s attack, messages wishing she dies, calling her a racist, and wishing better luck to the shooter next time for not killing her and so on. Some of these comments have been attached below for your reference.
The irony, is in the fact that the police have stated that there is no clear evidence that Sasha was the target of the attack, and that there are no credible death threats made towards her; however, how have the police come to this conclusion without being able to speak with Sasha regarding the death threats and investigate? Do the police know who the target of the attack was, in order to conclude that Sasha wasn’t? How does one manage to shoot someone in the head accidentally? Surely, to end up in hospital having sustained a bullet shot to the head, makes a death threat more credible. We need to highlight the issue here in the narrative and the corruption of the system, whereby an individual gets shot in the head yet continues to receive abuse and even gets blamed for being the victim of targeted hate crime.
We are disgusted by the way that this narrative has been portrayed as a “black on black crime” and a “gang crime”, not acknowledging that this is a hate crime or a targeted attack at worst. This was due to the statement made earlier today on the BBC, by Imarn Ayton reporting an update on the incident that was factually incorrect; we would like to clarify that this individual is not a friend of Sasha’s, despite claiming to be and had no authority to give a statement on the incident.
Charles Gordon, one of Taking the Initiative Party’s (TTIP) founding members says, “we are deeply concerned about the attack on our sister. She is a pillar of our community. We have had calls from various activists and leaders within the community, worried about whether the next attack could be on them. I have even been contacted by various officials asking us (TTIP) not to acknowledge that this is a targeted attack. I would like to say that we need to stay cautious and aware; the truth is that we don’t know what has happened here, but we do know that an attack on one is an attack on all. We need to remain vigilant; as I explained to other activists, pretending that the problem doesn’t exist, does not make it any less real. We need to remain vocal in the quest for change and remember that democracy is not our silence, but is the voice that we have fought for”.
We would also like to clarify that the account currently circulating racist tweets @SashaJohnsonBLM is a fake Twitter account, not created by Sasha, created to persecute her in yet again another attack, and that the tweets posted are not reflective of Sasha nor Taking the Initiative Party’s beliefs.
We are and will remain in full support of Sasha throughout and after her recovery, and will be working to ensure that this crime is investigated thoroughly and accurately and that the criminal is brought to justice. Whilst we understand there is much speculation around the nature of the incident, our priority is Sasha’s health and recovery. We will release further information at the appropriate time, however for now, we would like to re-iterate that we will not be silenced; we are now only more determined to make Sasha’s voice and our voices heard. “First they ignore you, then they laugh at you, then they fight you, then you win”. – Gandhi
We request that if anyone witnessed the incident and/or has any further information that may assist to please get in contact. We would also like to thank everyone for their kind words and well wishes and ask that everyone keeps Sasha and her family in their thoughts and prayers.
TTIP team
[email protected]
0208 698 7000 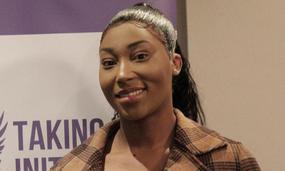 London police have arrested five men on suspicion of attempted murder in connection with the shooting of prominent Black Lives Matter activist Sasha Johnson.
Read more,,,
Arrests in the Shooting of Sasha Johnson
5:15 p.m. May 26, 2021  cnn.com