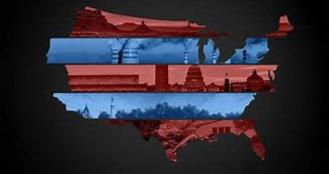 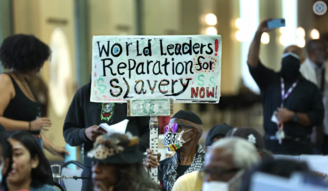 What does California owe the descendants of enslaved Africans? Its reparations task force is working that out
12.14.2022
By Ryan Fonseca: latimes.com
Good morning, and welcome to the Essential California newsletter. It’s Wednesday, Dec. 14. I’m Ryan Fonseca.
You may have read that an effort is underway in the Golden State to determine what reparations could like for Californians who are descendants of enslaved Africans. But you may not know what the work looks like or where it stands.
A 2020 state bill created California’s Task Force to Study and Develop Reparation Proposals for African Americans and the nine-member panel held its first meeting in June 2021.
Though the group’s work is still in its early stages, misleading claims about its recommendations are showing up in the media and online. I reached out to Kamilah Moore, who chairs the task force, to find out what’s happening behind the scenes.
She explained that, despite some reports citing specific dollar amounts, nothing has been decided yet. Final recommendations aren’t due until July 1, 2023.
To continue reading....