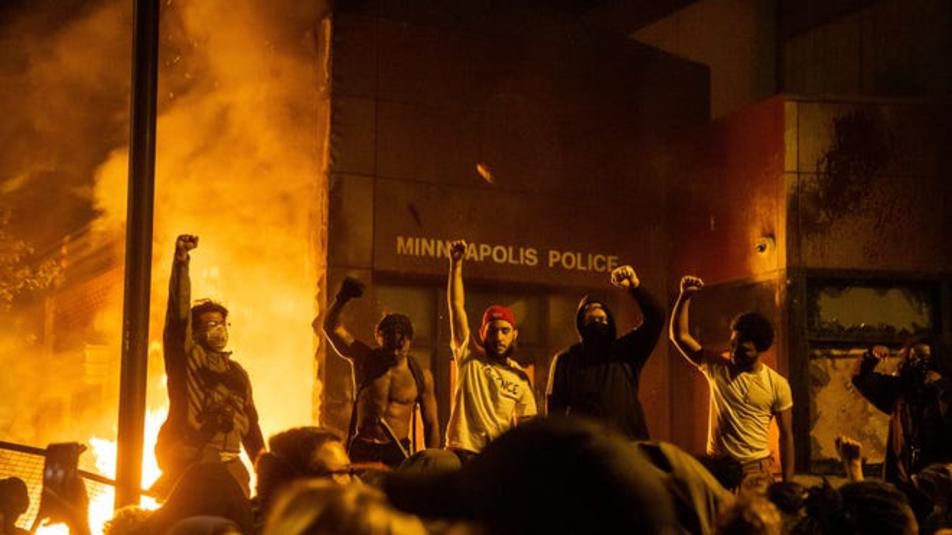 Today, New Black Nationalists convey our heartfelt congratulations to George Floyd's family, whose strength and honor has prevailed over an endless winter of grief and horror since May 25, 2020.  Derek Chauvin was convicted on three counts of murder by a Minneapolis jury.
Let us be clear, this verdict has little to do with American justice. The killer cop Chauvin's conviction was the result of two things: cell phone justice--10 minutes of a teenager's video that just couldn't be denied, and more than 20 million people across the planet who took control of the streets and dominated the political battlespace ever since.
This victory belongs to thousands of rock throwers, those who breached police lines, the warriors who erected barricades, and millions who withstood teargas, pepper spray, and police batons from Minneapolis to the indigenous aboriginal protests in Australia's outback.
It belongs to the Not Fucking Around Coalition Black militia, whose shocking appearance on the streets on July 4, after Armand Aubrey's execution by white vigilantes, altered the perception and dynamics of the Black fightback.
This victory goes to those who pulled down statues of slaveholders and colonial butchers from Bristol, U.K., to the favelas in Brazil. It belongs to the artists from the small villages in Kenya, to muralist in countless urban centers around the globe who emblazoned George Floyd's image on every surface imaginable.
At this moment, let's not be naïve, Derek Chauvin was indicted and convicted in every city, town, and hamlet around the world with access to televisions, tablets, and mobile devices that streamed "the cell phone video." And most of all, Chauvin was convicted by the revolutionary energy of Black people who demonstrated time and again, we were prepared to go to the mattresses. It's called "People's Justice."
April 20, 2021
The Stateless Maroons
of NewBlackNationalism.com