Trump's Fall Means Time to Step up the Struggle

In seventy-three days, Donald Trump will be dismissed from the White House. Exterminators will fumigate the COVID-19 laced din of proto-fascism, and presumably Joe Biden and Kamala Harris will take control of the Resolute desk.

Assuming there will be a transfer of power, until Trump leaves Washington, D.C., all progressives, radicals, and revolutionary forces should remain on guard. Trump is unbalanced, vindictive, and impulsive. He is going to exact retribution against his perceived adversaries or  anyone FOX News commentators Tucker Carlson and Shaun Hannity tells him are "enemies of the state."
For New Black Nationalists, the threat posed by the "Sun King of White Supremacy," a White Nationalist Republican Party, their legions of 70 million supporters, white supremist militias, and Bob Barr's Gestapo Justice Department will temporarily recede. But this pause will likely be short lived.
Trump may be vanquished from the Oval Office, but he is still the architect and sustaining force animating the new White Nationalist movement.
An unhinged Trump conjuring chaos from his palatial estate in Mara Lago will pose a different kind of threat than when partially constrained by the government he attempted to dismember. But Trump, and his crazy ass sons who are intoxicated with visions of becoming a political dynasty aren't going away, unless its to jail.
Trump's defeat is not a time of celebration for New Black Nationalists: it's a respite. During this interregnum, we should be engaging in cool contemplation about the dangers and opportunities that lie ahead. Need we remind you that the return to "regular order" under "Lock um up" Joe and the Attorney General from Oakland, won't be a walk in the park either.
Atrophy has depleted our ranks since the Black Power movement of the 60s, down to a few thousand activists, if that many. Moreover, Black Nationalists were caught flatfooted by the sudden rise of Trump and White Nationalism.
Black Nationalists were not a key player in the first wave of the Black Lives Matter movement that surfaced in 2014. Quite the opposite, BLM's radical Black feminist organizing principles--with real justification--repudiated what they called the "narrow Black Nationalist" experience of the sixties.
By 2020, however, a new radical spirit convulsed Black communities after the assassination of George Floyd. The 20 million people who participated in Black-led protests were far more confrontational, uncompromising, and anti-government than the original Black Lives Matter movement. New Black Nationalists characterized this second wave which included an unprecedented Black global surge on every continent, "Black Lives Matter 2.0."
BLM 2.0 also gave rise to a second critical development: the emergence of a decidedly nationalist--leaning Black Militia Movement led by the "Not Fucking Around Coalition."
That coalition also includes the New Black Panther Party for Self-Defense, the Huey Newton Gun Club and other new party crashers. These Black militias were embraced by more traditional Black reformist and civil rights forces. That reality underscores the fact that the depth of the partisan and racial divide is generating new political configurations.
With Trump and his enforcer, Attorney General Bob Barr heading for the exits, Black Nationalist forces have acquired sorely needed breathing room, expanded political space and more time to renovate our political profile and agenda.
The perception and the reality, that Black Nationalist theory, and rhetoric is stuck in the exclusionist, male-dominated revolutionary romanticism of the 1960s, must be addressed with a sense of urgency, honesty, and humility. We are changing and adapting to millennial sensibilities, but not fast enough.
The New Black Nationalist movement began to coalesce in 2018, to help rebuild the analytical and theoretical arsenal of Black Nationalists. Our goal is creating an independent Black nation-state.
From the beginning, we have maintained that American Empire is spiraling into a period of decline that will culminate in an existential crisis and governmental collapse in the 2020's.
The ascendency of Donald Trump to the presidency and his revanchist White Nationalist movement signifies how fast the crisis of American Empire is maturing. The United States is now a profoundly divided country that's been engaged in race-based cultural warfare prosecuted by Trump the last five years.
That cultural warfare has now pushed the country to the brink of civil and racial conflict. Too many whites who aren't already consciously embracing White Nationalism are susceptible to racist demagoguery, as the 55% of white women who voted for Trump demonstrated.
As New Black Nationalists move forward to develop alternative theoretical concepts to guide our liberation movement in the 2020's, we must also seriously study the Trump White Nationalist phenomenon. It foreshadows the playbook for instituting authoritarian rule and the security state's blueprint for suppressing Black people as a subversive element hostile to the continued rule of American Empire.
We trust that Black Nationalists will take full advantage of this brief political reprieve to reposition our movement. If the 2020's have taught us anything in these first eleven months, it is that the speed and force of developments are accelerating. Impeachment, pandemics, global Black revolts, and political instability are emerging as the order of the day, not the exception.
On behalf of the stateless maroons of the New Black Nationalist movement, we encourage the conscious element to step up and meet the moment. 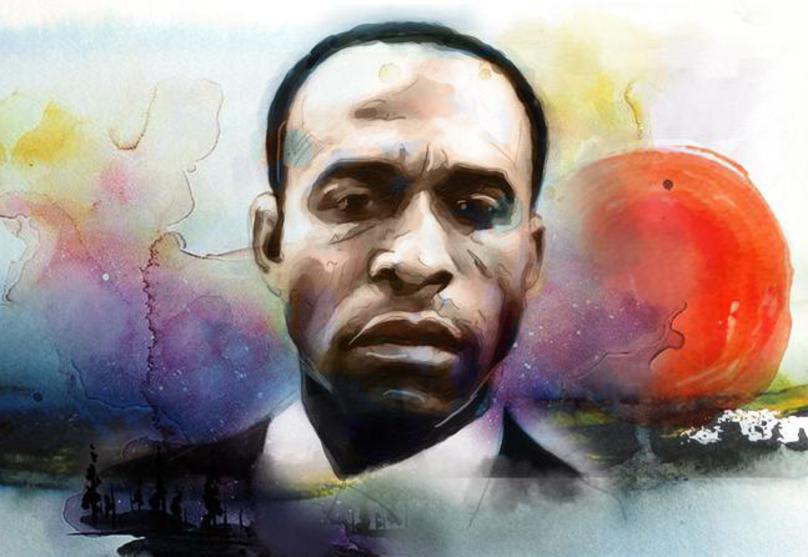